I love flatbreads with curries, and decided to give making my own a shot, rather than buying premade ones. They turned out really good - the right flavour and chewyness without being too dry. A few turned out a bit crispy and inflexible, which I think was a function of rolling them a bit too thinly.

I mostly followed this recipe from BBC Food with a couple of changes. Instead of purely wholewheat flour, I used a 75/25 mix of wholewheat/white flour. I ended up using less water than specified in the recipe too - about 175ml.

Though the recipe doesn’t mention it, oiling the frying pan is really important. Using a spray oil would be easy, but I found that using a basting brush to quickly brush the pan with oil works great. It distributes the oil unevenly, letting some pockets char and other pockets bake, giving you the right kind of flavour.

Also, make sure the pan is really hot - I put mine on the highest setting. If its too low, it takes too long to char and you end up baking all the moisture out of it. 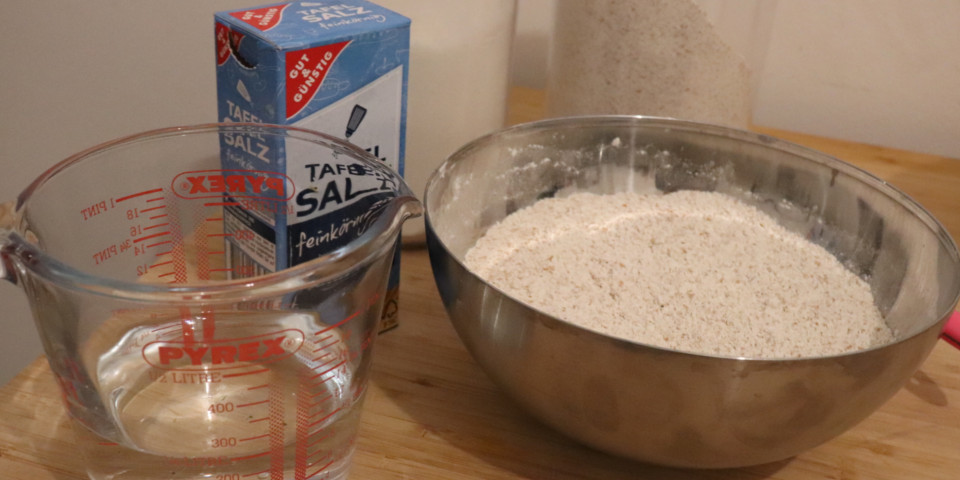 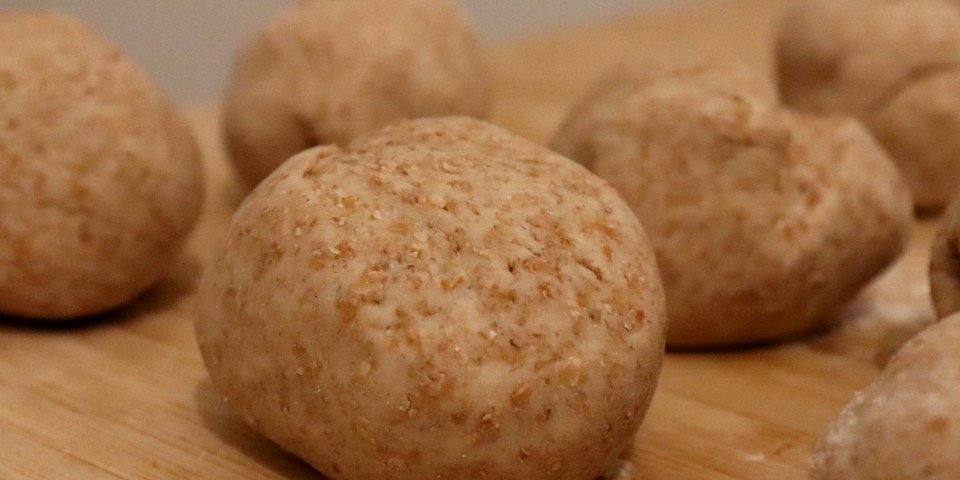 dough ball, ready to be flattened 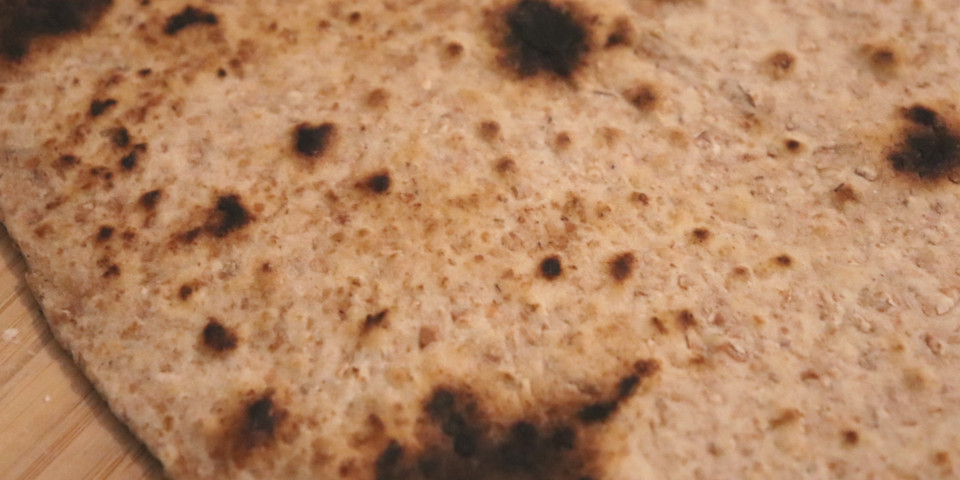 the kind of char you’re looking for 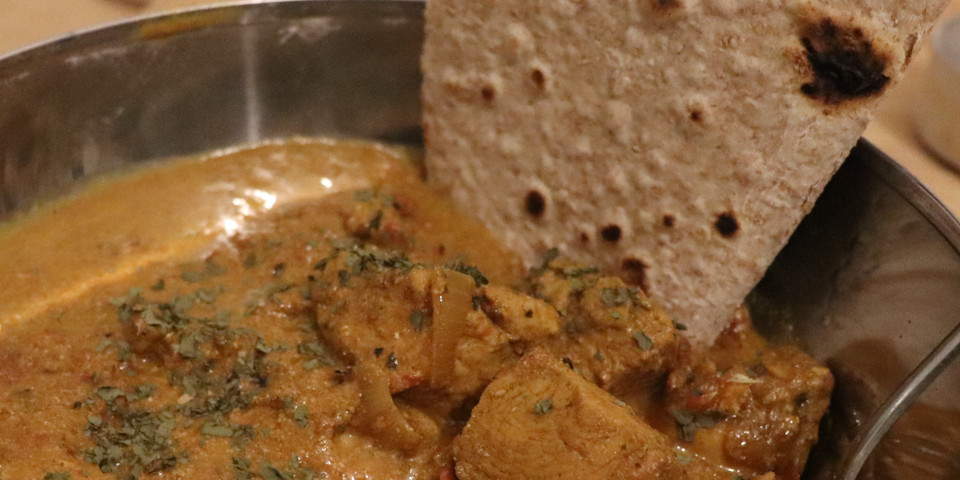 eaten with some homemade butter chicken