A suggestion from Josh Avanier prompted me to try and make lembas, the elven waybread from The Lord of the Rings.

It’s difficult to pin down exactly what Lembas is. My initial thought was that, given the lifespan of lembas, it’s a form of hardtack. I didn’t particularily feel like making hardtack.

However, Gimli describes it as much more plesant than Cram (which, from the sounds of it, is definitely a kind of hardtack) and the elves describe it as ‘sweet’. Given this, as well as the description of it being golden outside and cream inside, I thought making some form of shortbread would be more fitting.

The recipe itself is pretty simple. I used a combination of sugar and honey for some more interesting flavour, as well as a whole lemons worth of zest. This was definitely worth it - the end result was crumbly and really delicious!

Alas, I had no mallorn leaves to wrap them in, so I made do with tin foil instead. They should keep for a couple days, if kept wrapped. 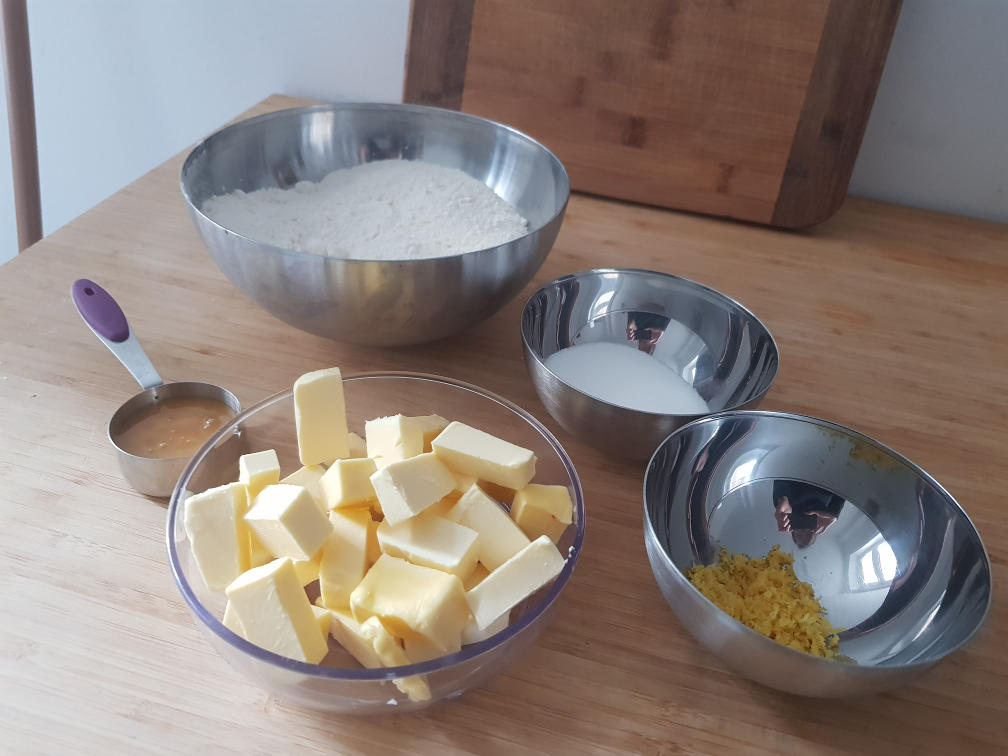 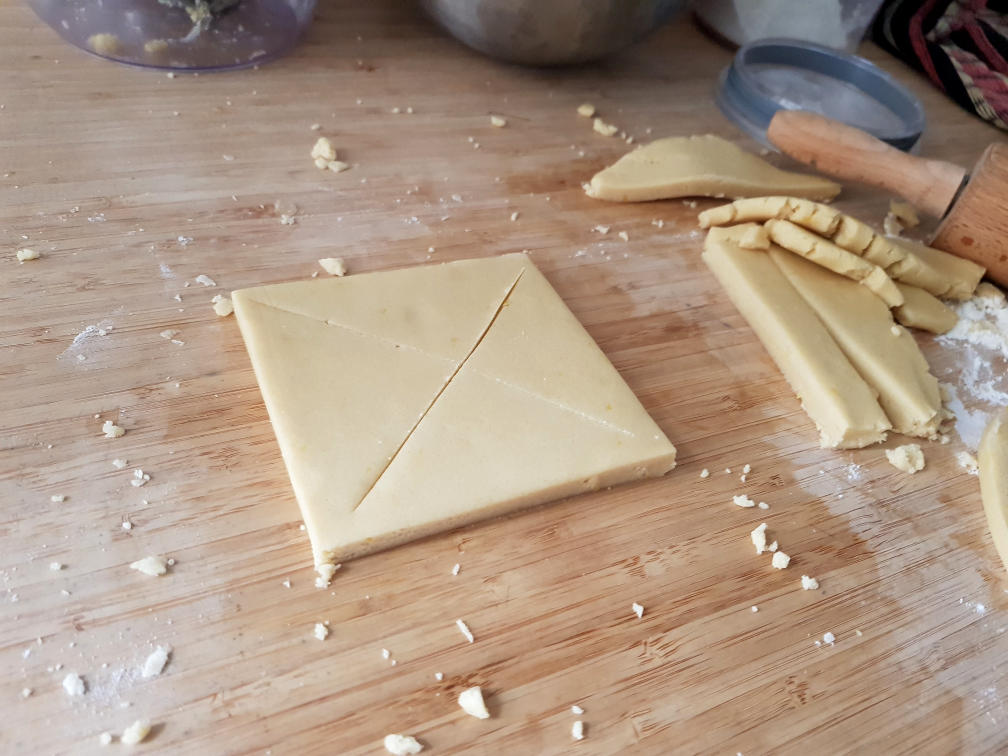 a cut lembas, ready to be baked 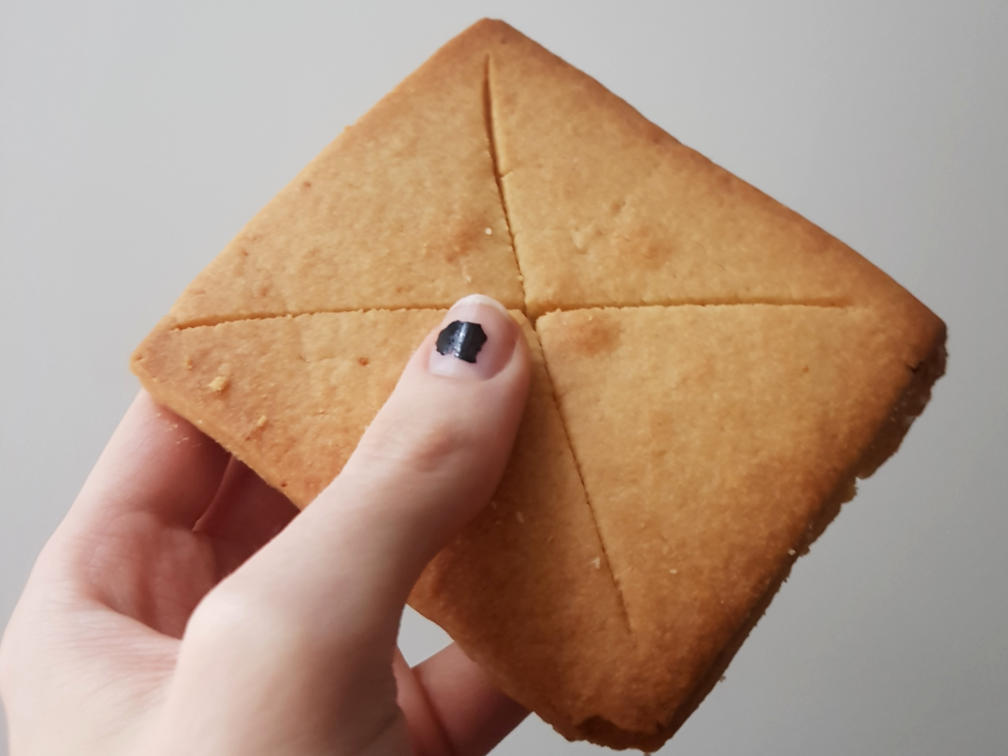 a finished lembas - “…a light brown on the outside” 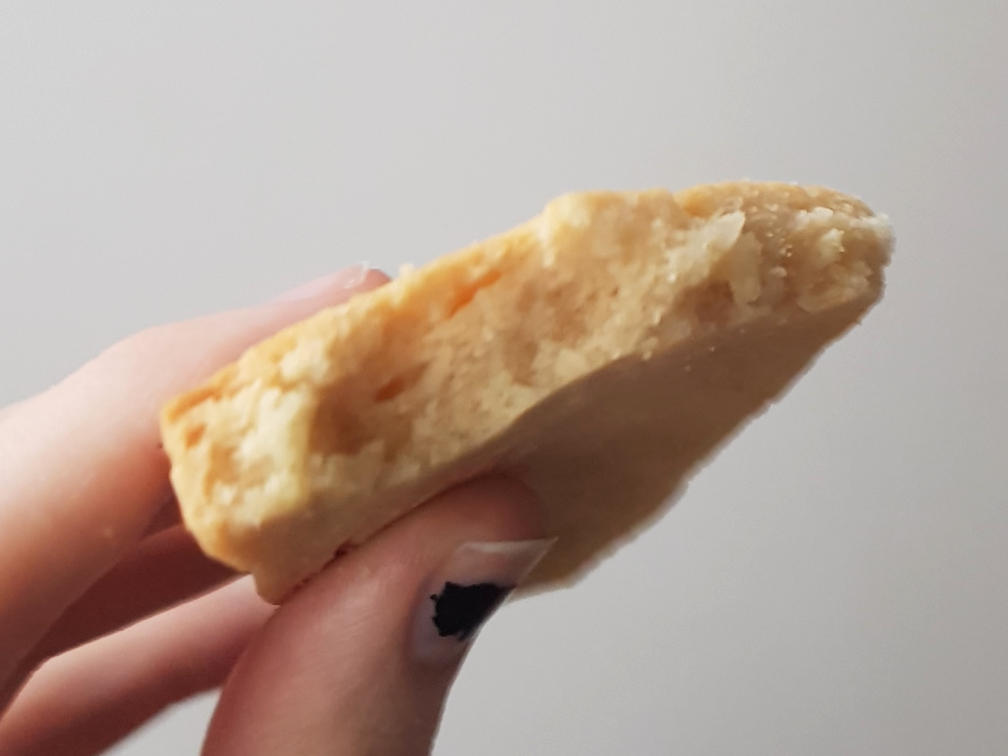 the crumb - “… and inside was the colour of cream”