This is one of my favourite breads to make, and it is from Rose Levy Beranbaum’s The Bread Bible. Very simple in terms of ingredients, but the pre-fermentation and mixed flours make a bread that has a beautiful colour, chewy crumb and really good flavour.

I normally let the pre-ferment rise for an hour, but decided this time to go for 3 hours instead to see if the flavour developed further. I think it definitely did, and next time I will let it rise for 24 hours in the fridge to see if this hightens it even further.

This was also the first time I used a dutch oven to bake the bread rather than just sticking it on a baking stone and putting water in the bottom of the oven. The idea is that you bake the bread with the lid on for a period of time, and then a period with the lid removed. The lid traps the moisture from the dough and keeps it hydrated in the same way that adding water or ice cubes to the oven does. It’s a technique that I will definitely use when making boules in future.

Overall, this is probably the best tasting bread I’ve made so far! The main problem with it was that 1 boule was nowhere near enough!

pre-ferment bubbling up through the flour layer 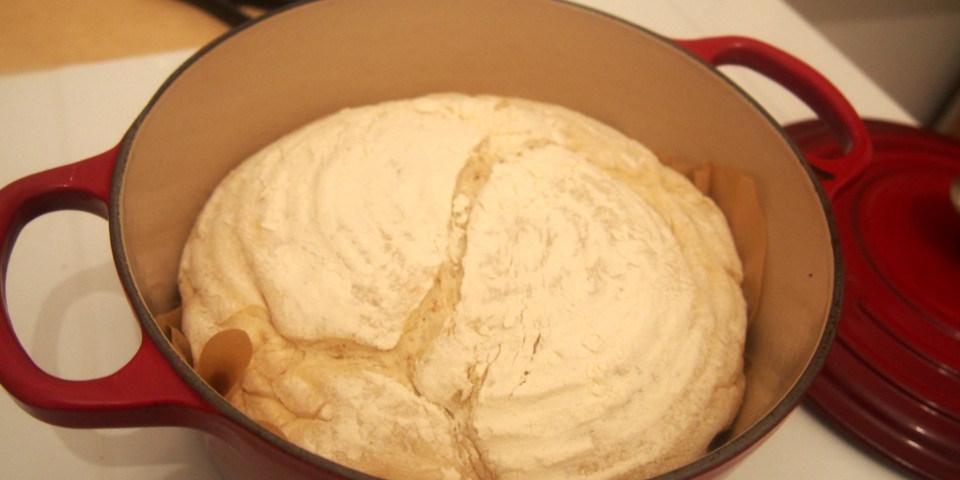 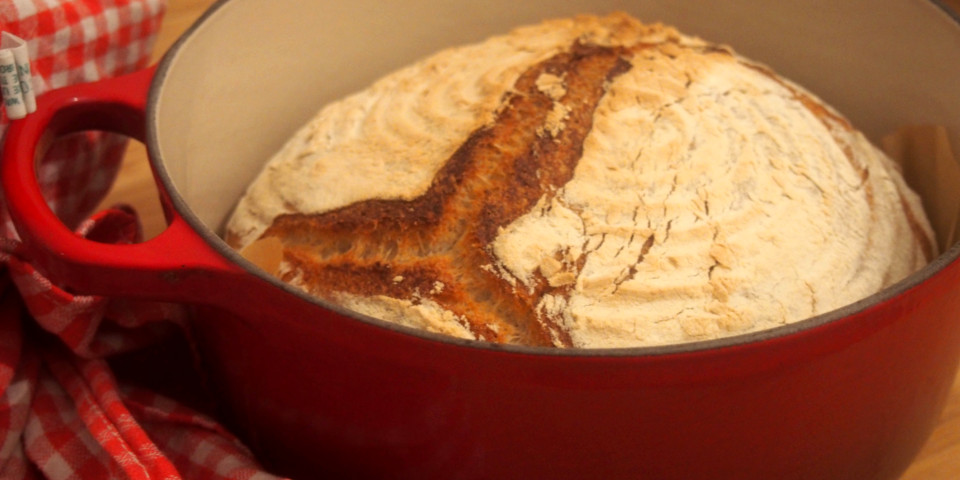 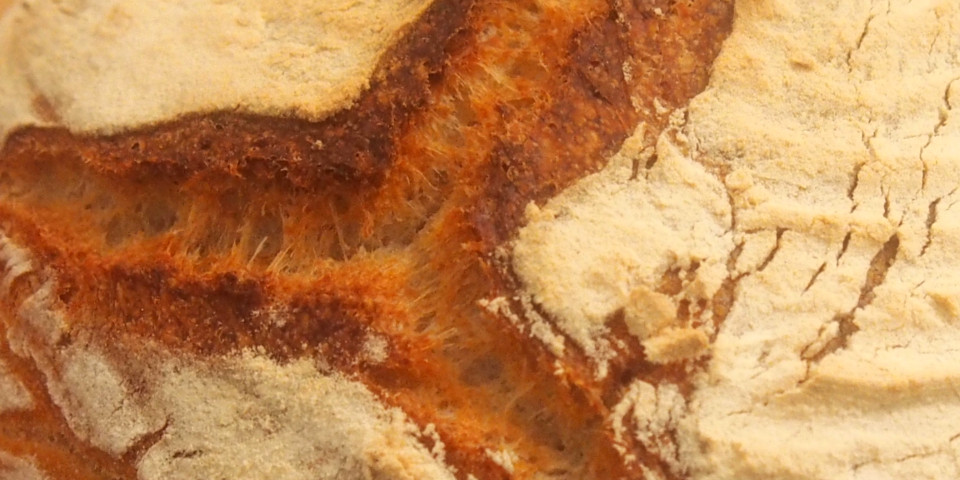 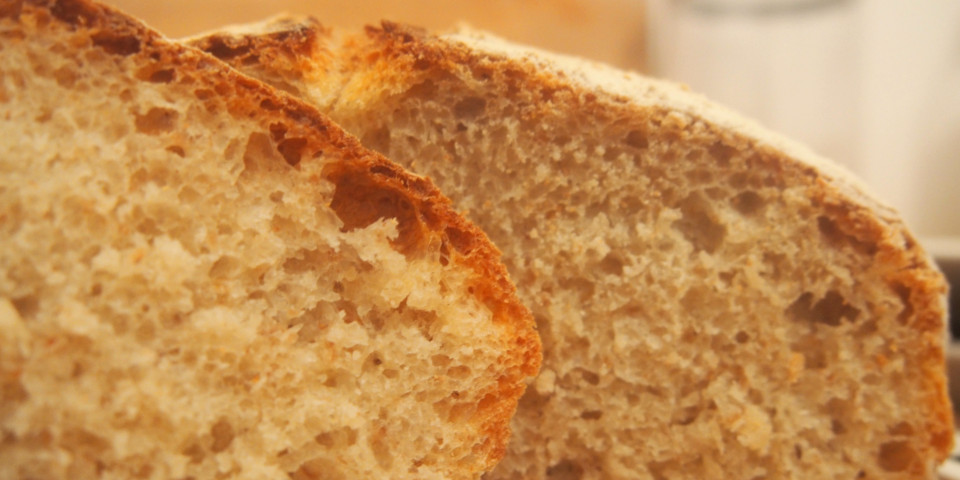