First bread of the year is probably the simplest one I could make. Quick (for bread), fairly low effort and with a 50/50 mix of white flour and whole-wheat flour. It’s also a good excuse to try out one of my Christmas presents - a rectangular wicker banneton. Although it came out a little flat and weird (my mistake!), it’s still pretty nice. All bread is beautiful. 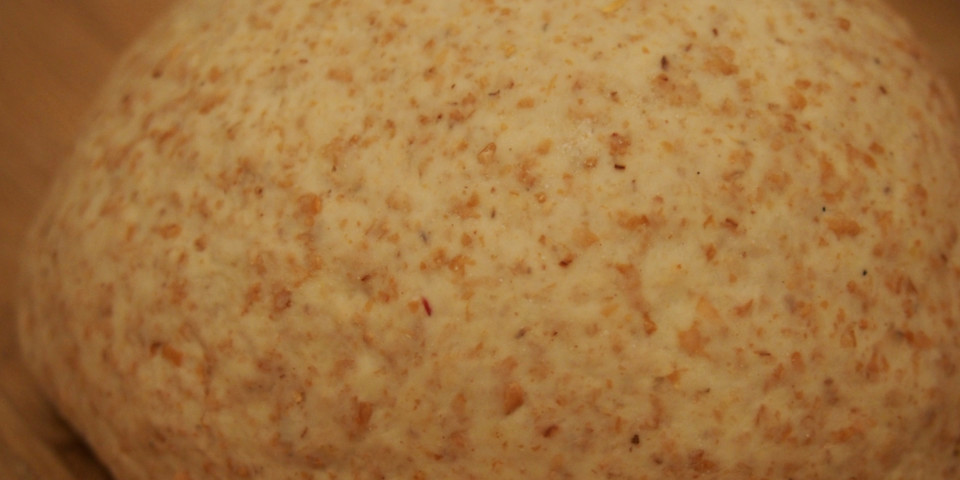 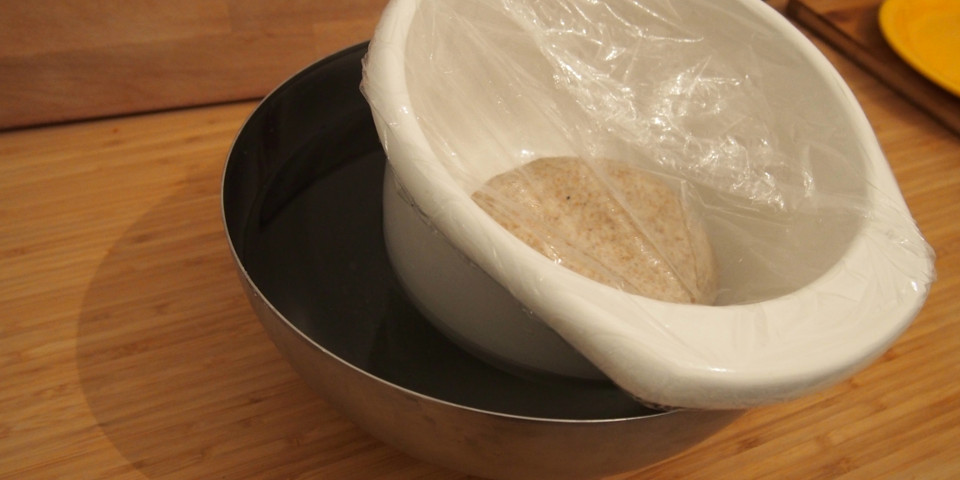 it’s really cold here in Berlin, so I suspended the dough in warm water to encourage rising 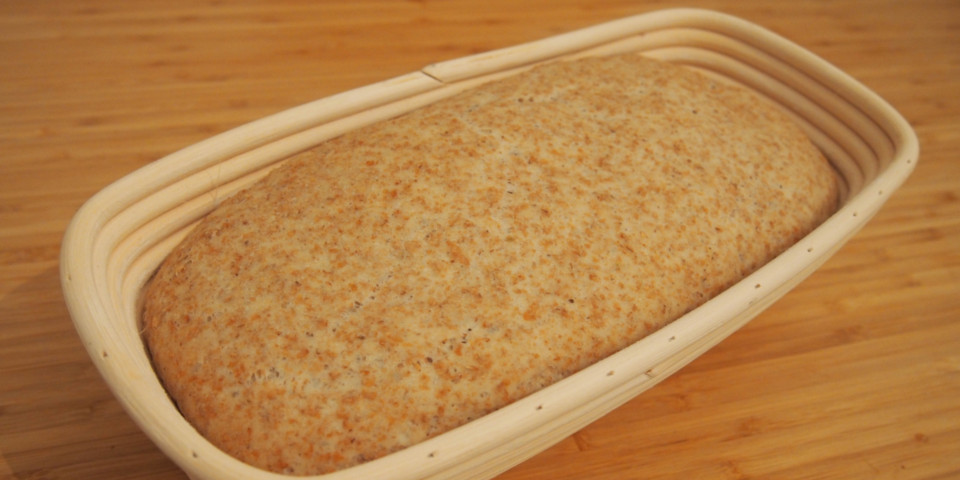 the dough after an hour in the banneton 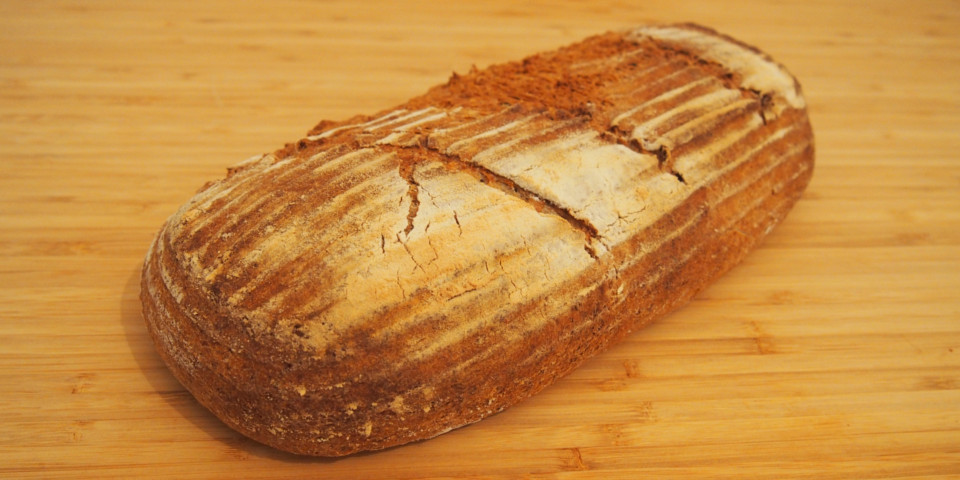 the finished loaf. a little flat - I didn’t flour the banneton enough and a large section of the top got stuck. My efforts to free it knocked a lot of the air out, and I should’ve let it rise for another hour but I was impatient :( 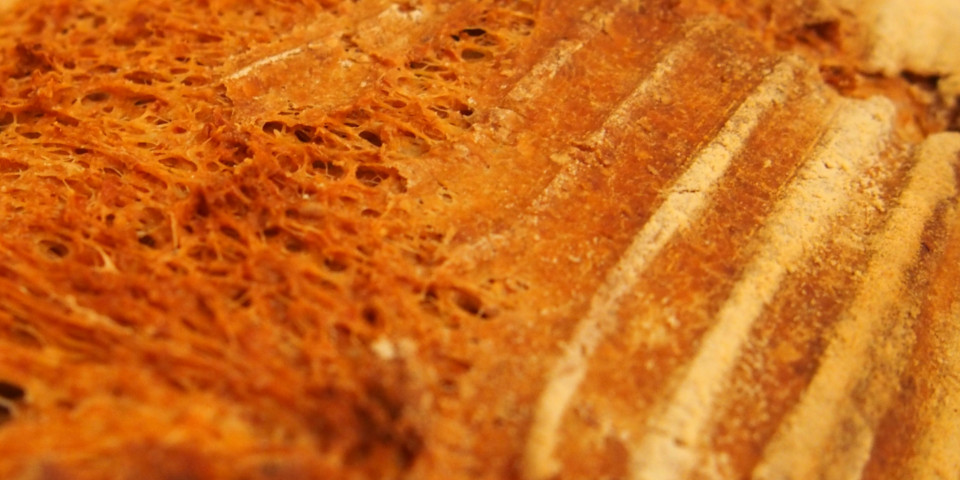 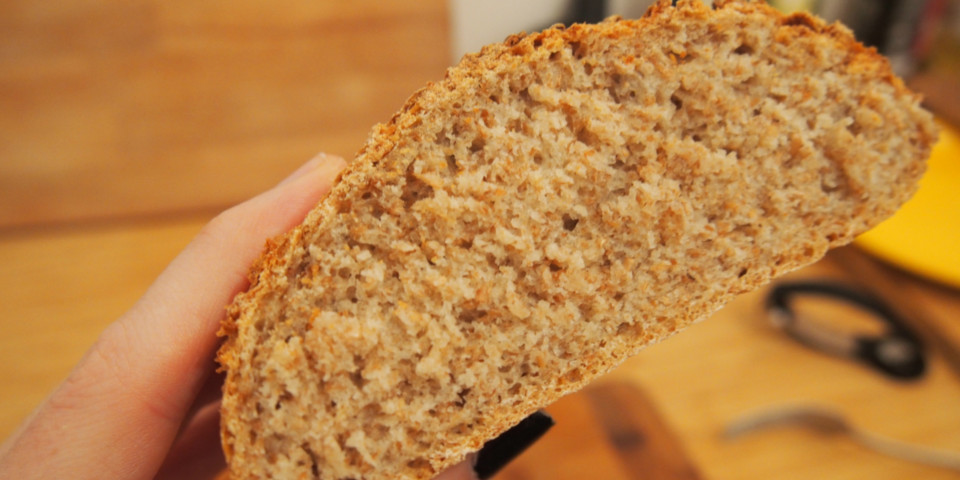 the crumb - tastes good, a little disappointing visually. Very little in the way of air pockets